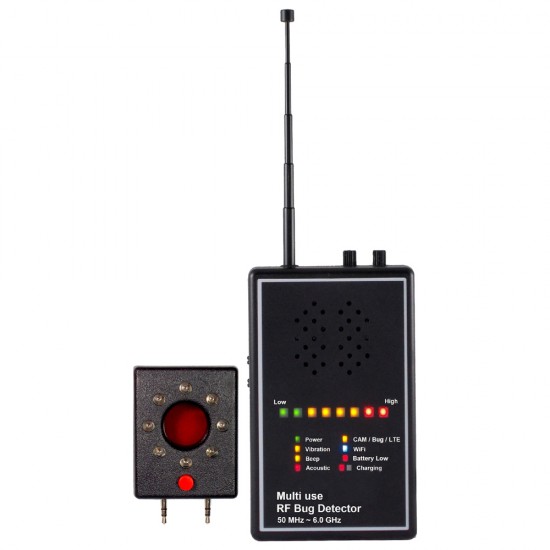 At this moment breach of privacy is common amongst everyone, especially when you are either been sprayed on through video/audio recording. But that can be fixed thanks to this Bug detector it detects all sorts of spying gadgets that can be placed anywhere and use signalling within 50mz – 6.0GHz. It is a master at detecting various hidden spy devices including wireless ones, such as 4G/3G and WI-FI based devices, but when it comes to detecting surveillance devices it will be able to use the signal hammer feature to prevent any LIVE wireless transmission, it is the versatile device that either detects or jams the signal that enables you to counter any spy gadget that you are worried over. It also has the ability to counter-voice listening gadgets such as hidden microphones and voice recorders.

The device uses a camera lens that focuses on the light, allowing it to brightly emit from the detection device once the camera focuses on the light, which will reflect it back to the device and then the operator can get the coordinates. This is a wideband wireless AV tap detector, so no private conversations are being recorded. You can't be videotaped either as it allows no unwired cameras to transmit audio sound back to the surveillance device. 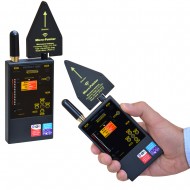 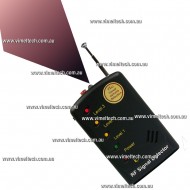 Spy Cameras Detector Bugs Phones Cameras GPS
Professional Detector This bug detector is portable and convenient for anyone including you, it detects and tracks down any hidden surveillance in..
$299.00
Ex Tax:$271.82
Add to Cart
Add to Wish List Compare this Product
Buy Now Question
Quickview 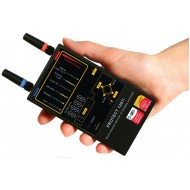 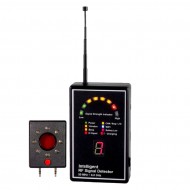 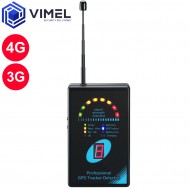 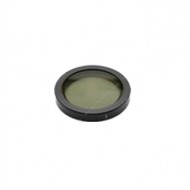